The Sacrament of Confirmation 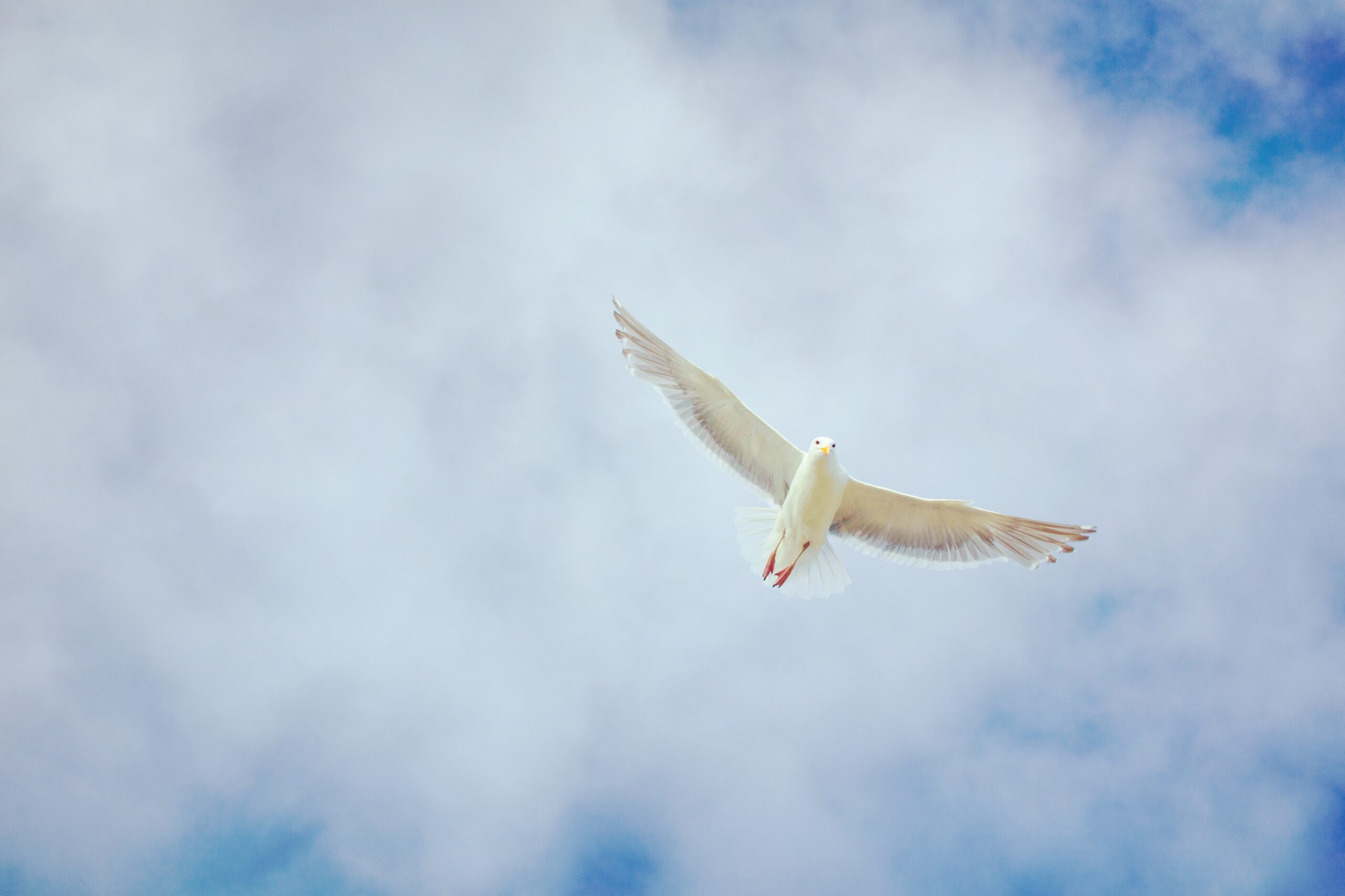 In the Old Testament, the prophets announced that the Spirit of the Lord would rest on the hoped-for Messiah for his saving mission. The descent of the Holy Spirit on Jesus at his baptism by John was the sign that this was he who was to come, the Messiah, the Son of God. He was conceived of the Holy Spirit; his whole life and his whole mission are carried out in total communion with the Holy Spirit whom the Father gives him “without measure.”

This fullness of the Spirit was not to remain uniquely the Messiah’s, but was to be communicated to the whole messianic people. On several occasions, Christ promised this outpouring of the Spirit, a promise which he fulfilled first on Easter Sunday and then more strikingly at Pentecost. Filled with the Holy Spirit, the apostles began to proclaim “the mighty works of God,” and Peter declared this outpouring of the Spirit to be the sign of the messianic age. Those who believed in the apostolic preaching and were baptized received the gift of the Holy Spirit in their turn.

“From that time on the apostles, in fulfilment of Christ’s will, imparted to the newly baptized by the laying on of hands the gift of the Spirit that completes the grace of Baptism. For this reason, in the Letter to the Hebrews, the doctrine concerning Baptism and the laying on of hands is listed among the first elements of Christian instruction. The imposition of hands is rightly recognized by the Catholic tradition as the origin of the sacrament of Confirmation, which in a certain way perpetuates the grace of Pentecost in the Church.”

Very early, to signify the gift of the Holy Spirit, an anointing with perfumed oil (chrism) was added to the laying on of hands. This anointing highlights the name “Christian,” which means “anointed” and derives from that of Christ himself whom God “anointed with the Holy Spirit.” This rite of anointing has continued ever since, in both East and West. For this reason, the Eastern Churches call this sacrament Chrismation, anointing with chrism, or myron which means “chrism.” In the West, the term Confirmation suggests that this sacrament both confirms and strengthens baptismal grace.

Christ himself declared that he was marked with his Father’s seal. Christians are also marked with a seal: “It is God who establishes us with you in Christ and has commissioned us; he has put his seal on us and given us his Spirit in our hearts as a guarantee.” (2 Cor 1:21) This seal of the Holy Spirit marks our total belonging to Christ, our enrolment in his service for ever, as well as the promise of divine protection in the great eschatological trial.

In the Roman Rite, the bishop extends his hands over the whole group of the confirmands. Since the time of the apostles, this gesture has signified the gift of the Spirit. The bishop invokes the outpouring of the Spirit in these words: 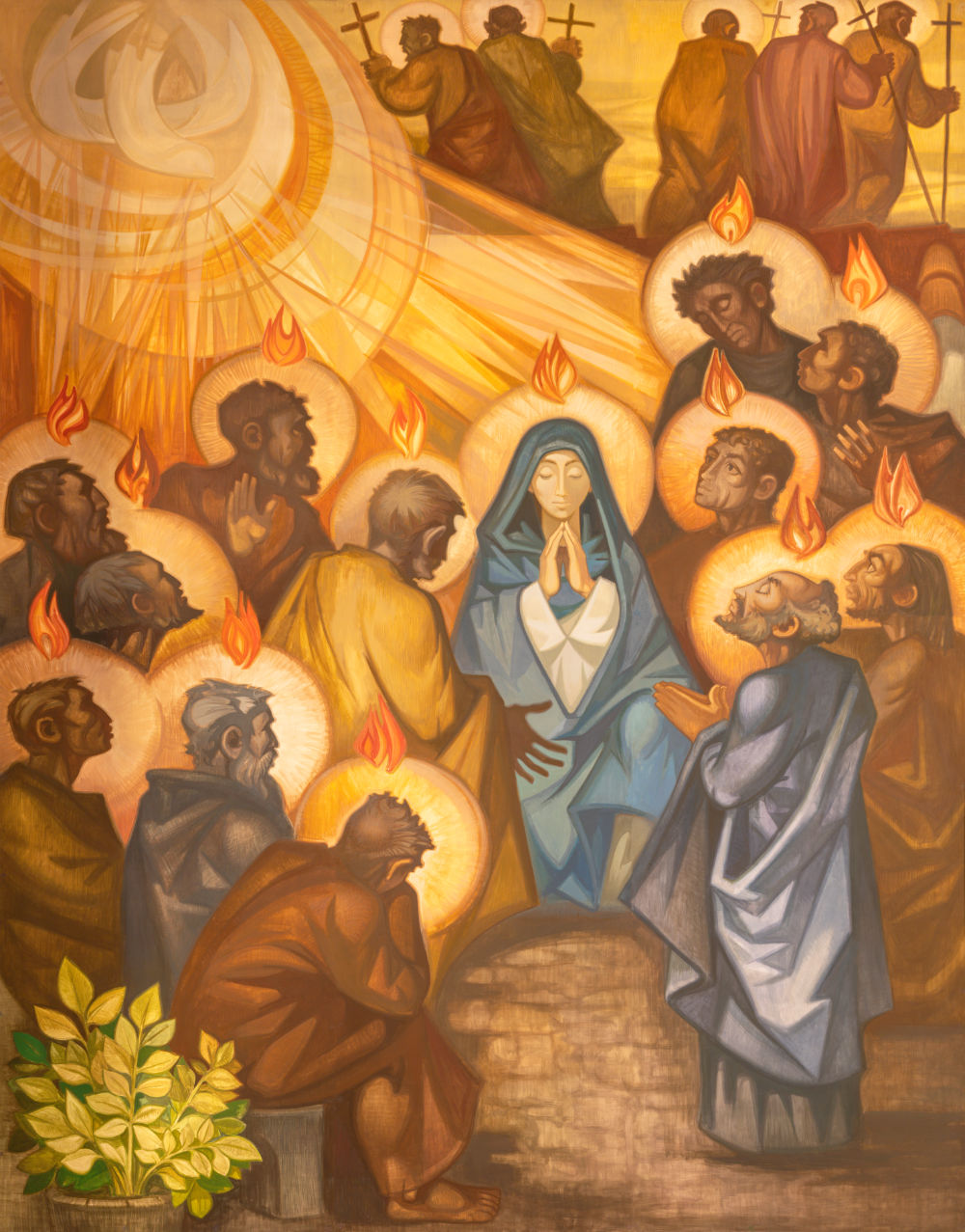 All-powerful God, Father of our Lord Jesus Christ,
by water and the Holy Spirit
you freed your sons and daughters from sin
and gave them new life.
Send your Holy Spirit upon them
to be their helper and guide.
Give them the spirit of wisdom and understanding,
the spirit of right judgment and courage,
the spirit of knowledge and reverence.
Fill them with the spirit of wonder and awe in your presence.
We ask this through Christ our Lord. 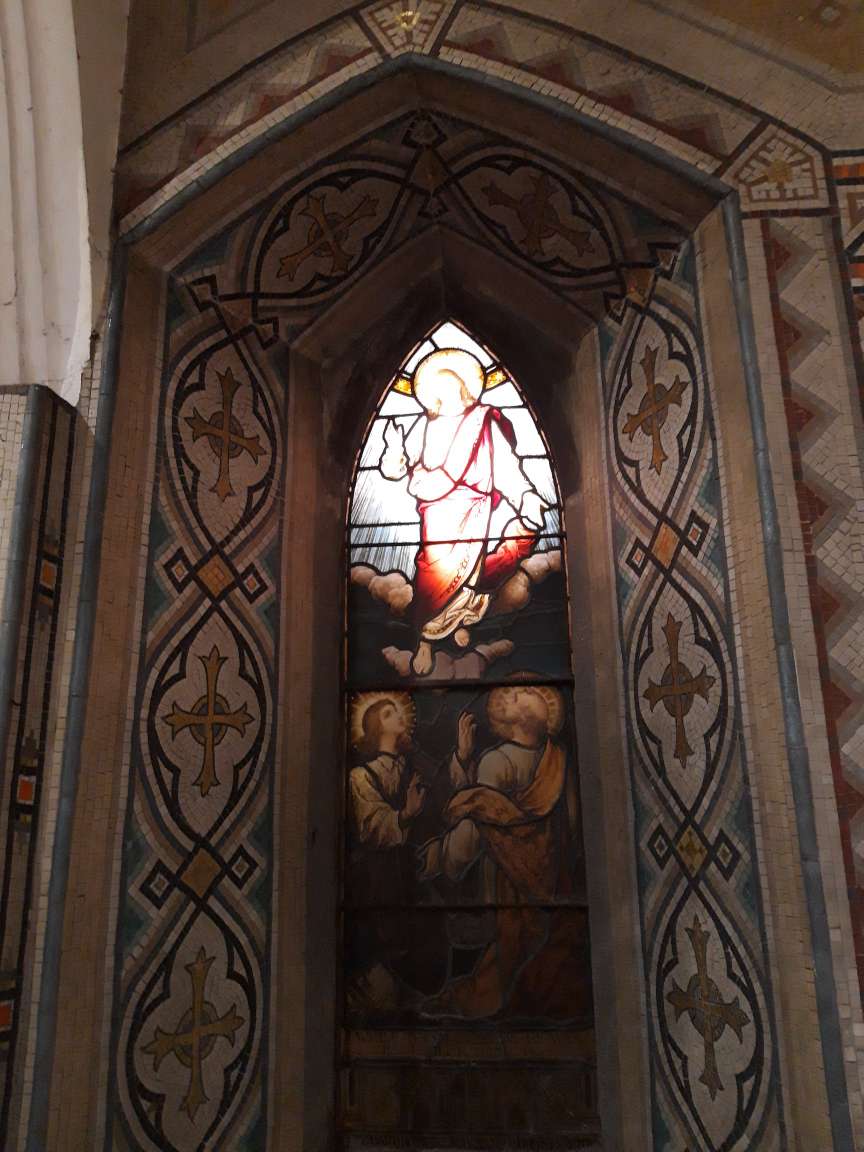 The Effects of Confirmation

It is evident from its celebration that the effect of the sacrament of Confirmation is the special outpouring of the Holy Spirit as once granted to the apostles on the day of Pentecost.

From this fact, Confirmation brings an increase and deepening of baptismal grace:
– it roots us more deeply in the divine filiation;
– it unites us more firmly to Christ;
– it increases the gifts of the Holy Spirit in us;
– it renders our bond with the Church more perfect;
– it gives us a special strength of the Holy Spirit to spread and defend the faith by word and action as true witnesses of Christ, to confess the name of Christ boldly, and never to be ashamed of the Cross:

Like Baptism which it completes, Confirmation is given only once, for it too imprints on the soul an indelible spiritual mark, the “character,” which is the sign that Jesus Christ has marked a Christian with the seal of his Spirit by clothing him with power from on high so that he may be his witness.

This “character” perfects the common priesthood of the faithful, received in Baptism, and “the confirmed person receives the power to profess faith in Christ publicly.” 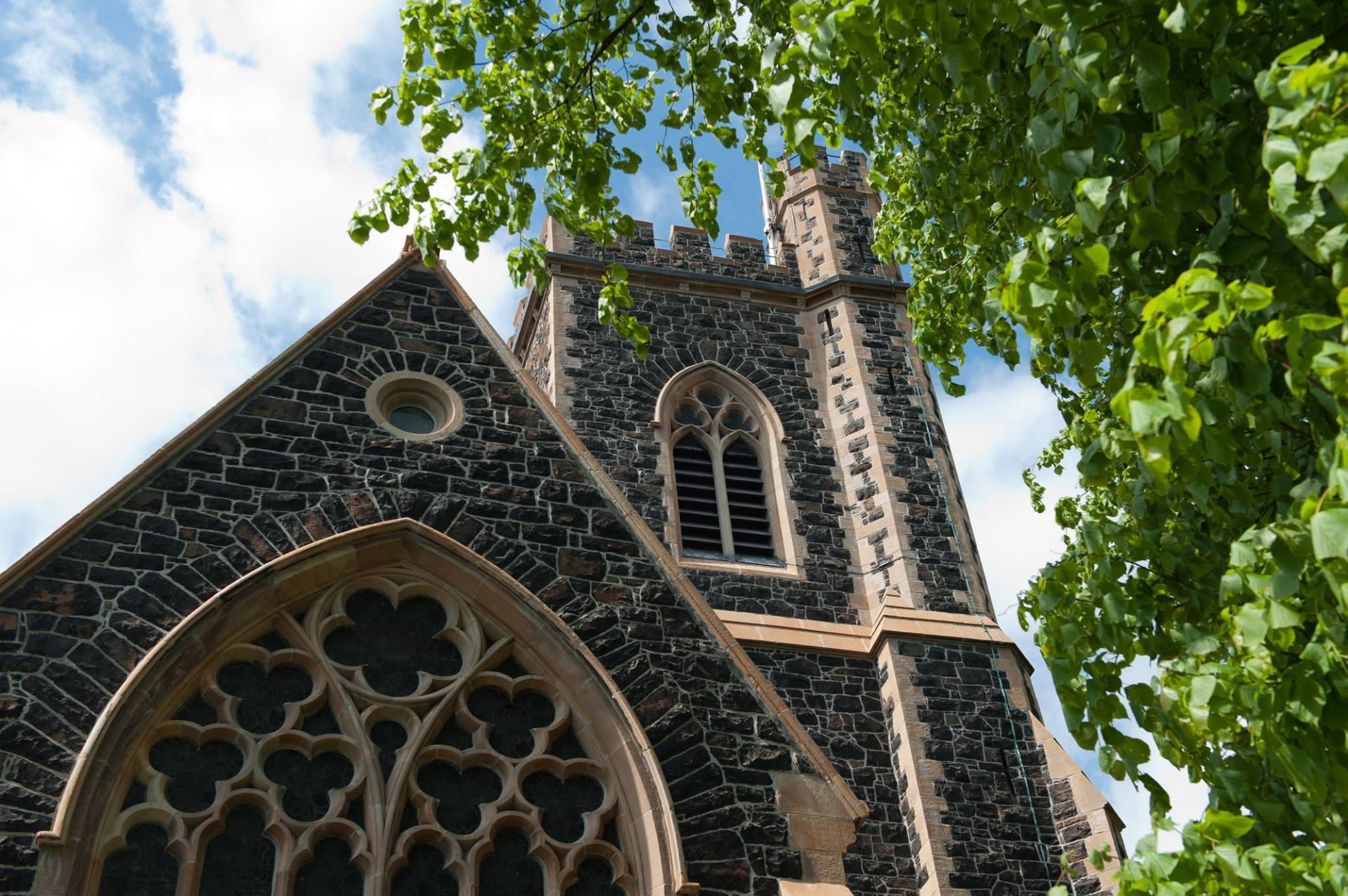 Who can receive this sacrament?

Although Confirmation is sometimes called the “sacrament of Christian maturity,” we must not confuse adult faith with the adult age of natural growth, nor forget that the baptismal grace is a grace of free, unmerited election and does not need “ratification” to become effective. St. Thomas Aquinas reminds us of this:

Age of body does not determine age of soul. Even in childhood people can attain spiritual maturity: as the book of Wisdom says: “For old age is not honoured for length of time, or measured by number of years.” Many children, through the strength of the Holy Spirit they have received, have bravely fought for Christ even to the shedding of their blood.

Preparation for Confirmation should aim at leading the Christian toward a more intimate union with Christ and a more lively familiarity with the Holy Spirit – his actions, his gifts, and his biddings – in order to be more capable of assuming the apostolic responsibilities of Christian life. To this end catechesis for Confirmation should strive to awaken a sense of belonging to the Church of Jesus Christ, the universal Church as well as the parish community. 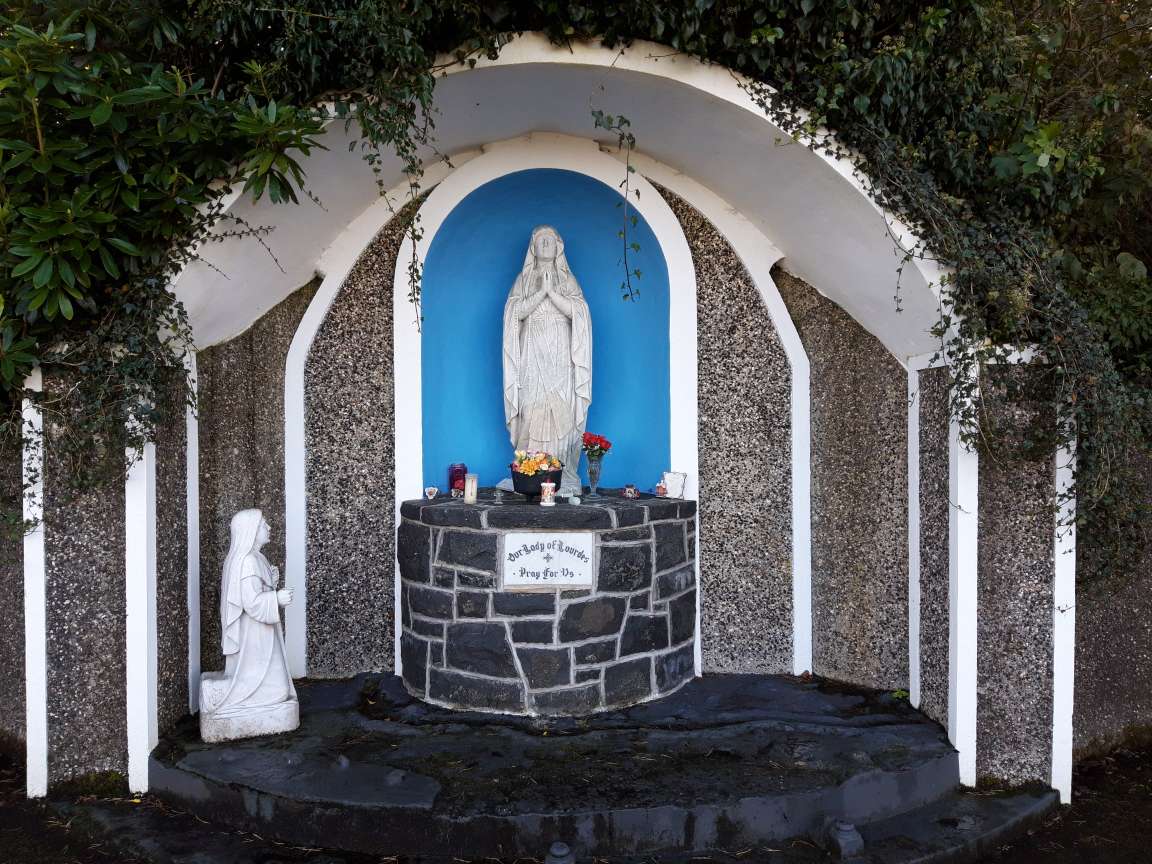