If I Have Knowledge Without Love I Am Nothing At All 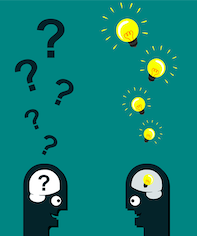 Recently Catholics celebrated the feast of the conversion of St Paul the apostle. Paul wasn’t part of the twelve apostles of Jesus, in fact he persecuted the early Church. But through God’s intervention, Paul’s life was instantly changed, and his writings now make up a bulk of the New Testament, which Christians have lived by for almost two thousand years. It is striking how much relevance Paul’s words still have in today’s world. Perhaps most strikingly, Paul wrote, “If I understand prophetic powers, and understand all mysteries and all knowledge, but have not love, I am nothing.” These words are in stark contrast to the modern view that “knowledge is power.”  Our knowledge of genetics has exploded in the past fifty years and it continues to be at the forefront of humanity’s effort to improve the world. Yet the quest for deeper knowledge of genetics has given rise to more challenging questions than scientists first anticipated.

Thanks to genetics, scientists can now identify different kinds of cancers and develop therapies using a targeted approach ultimately leading to higher success rates in disease treatment. But despite genetics providing scientists and patients with information, we often reach a difficult situation beyond the control of medicine. One example of this is breast cancer, which comes in two forms – sporadic and familial. In sporadic breast cancer, the illness appears in women without any family history. In familial breast cancer, the cancer courses through families across multiple generations. In a typical pedigree, a woman, her sister, her daughter and her granddaughter might be affected. After compiling information regarding hundreds of such families, in 1994 Mary-Claire King, an American mathematician, identified a single gene known as BRCA1 was responsible for many of the family cases. There was celebration after decades of work which enabled women to perform a simple test to see whether or not they had the gene.

In the summer of 2008 Jane Sterling, a woman with a family history of breast cancer, decided to have the test. With the birth of her second daughter, and the diagnosis of breast cancer in a close friend, she came to terms with testing. Sterling tested positive for a BRCA1 mutation. She returned to the clinic two weeks later armed with sheaves of papers scribbled with questions. What would she do with the knowledge of her diagnosis? Women with BRCA1 have an 80 percent lifetime risk of breast cancer. But the genetic test fails to tell a woman when she might develop the disease, or the kind of cancer she may have. A women with the mutation might develop inoperable, aggressive, therapy-resistant breast cancer at age thirty. She might develop a therapy-sensitive variant at age fifty. Or she might not develop cancer at all.

Other questions weighed on Sterling’s mind, such as whether she should tell her daughters about the diagnosis? Would she inform her sisters? Her aunts, her second cousins? Then there were the questions around choices of therapy. She could choose to take hormonal medicine to reduce the risk of disease development. She could choose to have bilateral mastectomies and/or ovary removal to sharply diminish her risk. Or she could do nothing, and simply watch and wait. For some women, the genetic diagnosis is all-consuming; it is as if their lives and energies are spent imagining an illness they have not yet developed.

Another human illness, schizophrenia, comes in two forms – familial and sporadic. So what about the genetic link for schizophrenia? Researchers have found that there are over 108 genes (or rather genetic regions) associated with schizophrenia, although we know the identity of only a handful of them. Notably, no single gene stands out as the sole driver of risk and inheritance of the disorder over generations is hugely complex. Many people wonder about a genetic diagnosis for schizophrenia in the future. Perhaps the most important consideration here is that some of the genes identified in certain variants of schizophrenia are known to augment certain characteristics. Reflecting upon my own life, my aunty was diagnosed with schizophrenia and faced many challenges as a result. But she will be remembered most fondly for her kindness, thoughtfulness and generosity. Every birthday throughout my life was preceded by a card from her some weeks before, containing an equally memorable financial gift. Perhaps Edvard Munch put it best when he said, “My troubles are part of me and my art. They are indistinguishable from me and treatment would destroy my art. I want to keep those sufferings.” These very “sufferings”, we would do well to remind ourselves, were responsible for one of the most iconic images of the twentieth century.

Advances in our understanding of human biology have provided us with a huge increase in information and knowledge. By realising the limitations of knowledge we can come to a deeper understanding of humanity and more effectively use scientific knowledge to improve the lives of all. St Paul recognised that the loving attributes of patience and kindness were what really mattered in life. May the grace of God enable each of us to do the same.